Please rotate your phone horizontally for a richer viewing experience. 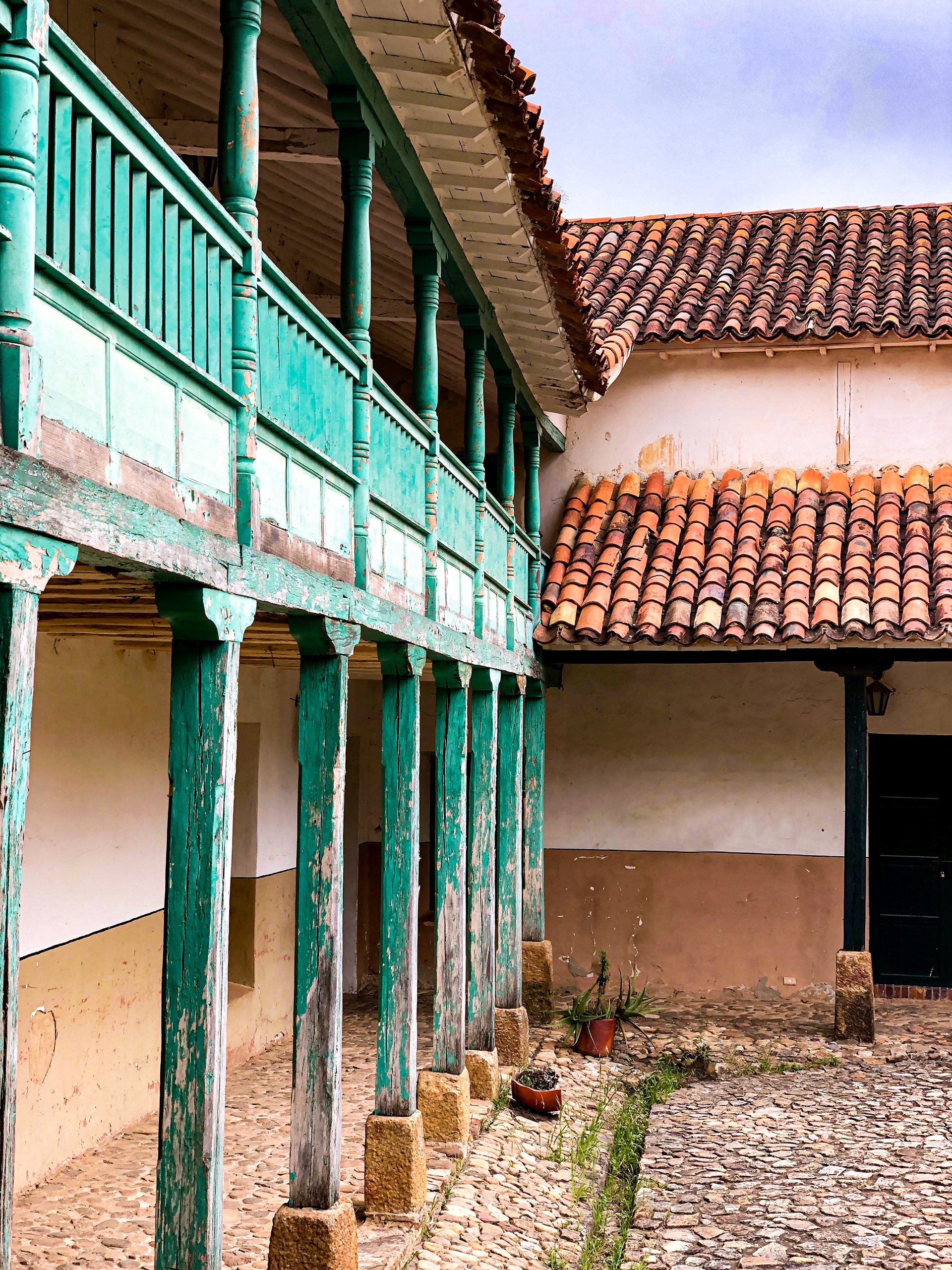 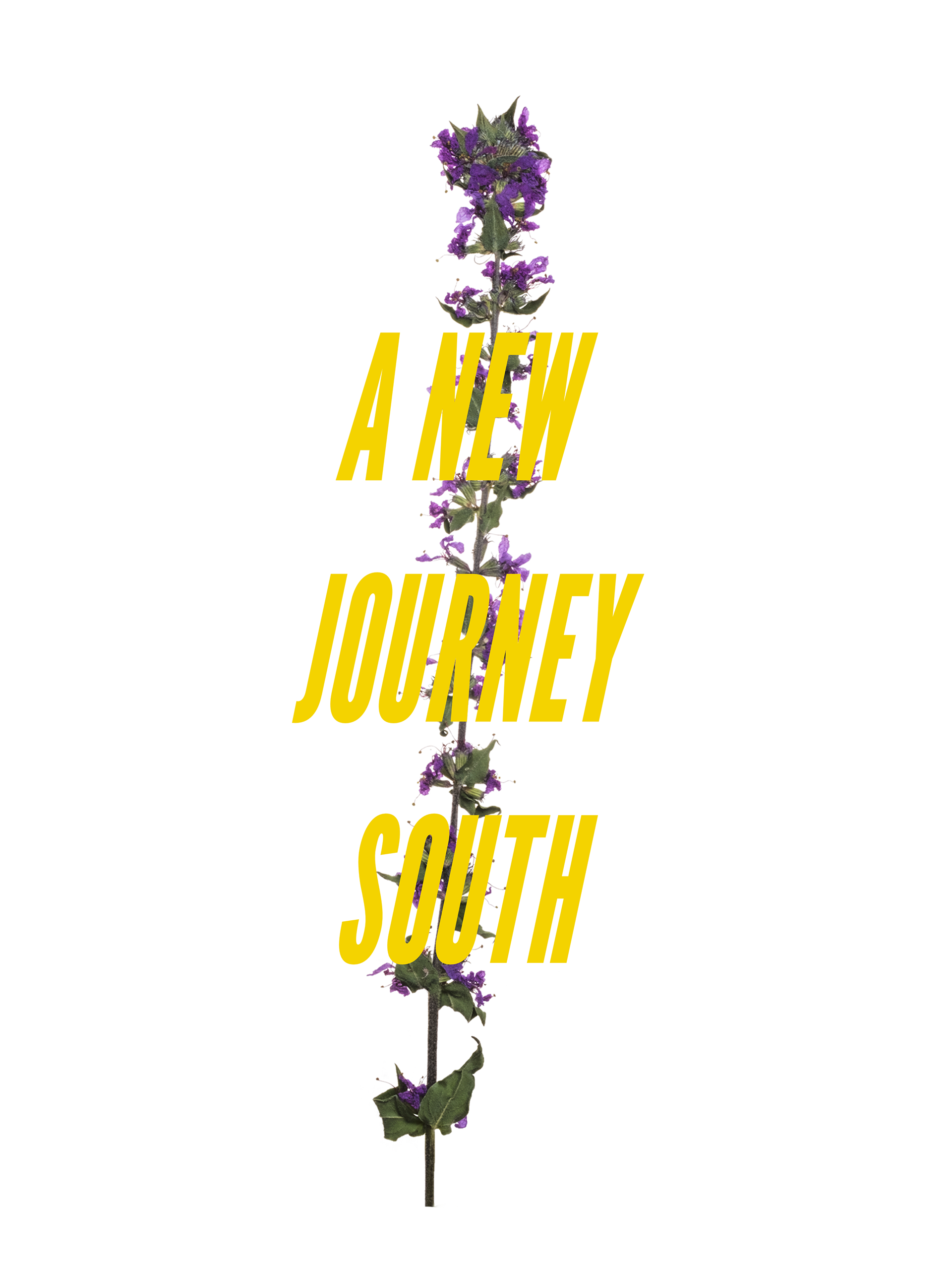 Before you look at my photos, let me just say two things:
1. This is NOT political. Seriously, don't go there. This is a human-interest kinda story about how traveling can change our perspective.
2. For some time recently, I thought I HATED English.
Don't get me wrong, there's nothing wrong with the language, or the people, or the fact that I pronounced words like "Lincoln" incorrectly for 2 years. To me it's a matter of identity and more specifically a certain comedic element within all of us.
Yes, comedy! Ok... I guess more like the "socio-cultural" aspect of language if you want to go there. In my culture, people just laugh all the time. No joke. I guess it has to do with the slang and the way we communicate; if you're meeting someone new and can't find something (anything!) to laugh about within 5 minutes, you're not gonna become friends. Everyone knows it. Jokes come naturally. There's no overthinking involved. It's a matter of being in the same flow of energy.
Anyway, I have a stubborn, sometimes naive South American personality. When I interact with others, I respond kindly; I mean what I say. I'm optimistic and I try to uplift people. I'm honest and caring. Some people appreciate it, other's can't stand it, and a very few have fallen in love with it.
In these past few years, I've seen this wholesome part of my identity start to hide in the shadows; I found myself being a little more quiet, a lot more still; I considered blaming growing up and growing old for my toned-down persona. Part of me tried to embrace this change of attitude as newly found maturity; but deep down I longed to be emerged in the serendipity all over.
In the end, I stopped questioning myself and started to enjoy this quiet life. LA's "thank you so much" still didn't feel natural, but I stopped fighting it. I really thought people were becoming just too plain and boring to interact with. (As most people my age behave anyway)
Then, as I peacefully slept in bed this time in May; I had the weirdest and most vivid nightmare, if not a wake up call of sorts. I'll spare a few distracting details nonetheless.
I found myself back home in Quito, walking up a hill with my extended family, holding my grandmother's hand. As we reached the shopping mall at the top, we noticed a few weird aircrafts surround the skyline. Upon entering the building (which the dream turned into an airport) we noticed how people were being told that flights were cancelled and that no one could leave. It very quickly started to panic everyone; I left my family pack to focus on a tv nearby, which announced Ecuador was under nuclear attack. Very few moments later, I saw through the window a bright, yellow light descent towards the city. I immediately ran to grab my grandma and my little cousin, we embraced each other as we prepared for the inevitable. What happened next is obvious, so I'll leave it there.
It was 4 AM. I woke up, sweating and afraid. Also waking up my partner as I yelled NO; he asked half-asleep, fully-worried what'd happened but I sent him back to sleep. Being someone who likes to journal good and bad dreams, I wrote this one down quickly on my phone. I had no interpretations as to what it meant. So I turn to google:
"dream I was burning in nuclear attack"
Weird search results. I take out the nuclear attack element, as I realized it wasn't relevant. I came across this article.
I then spent the next hour or so meditating, realizing everything I've written this far...  in that moment I concluded I HATED English for "killing" my comedic element to life. The language hadn't allowed me to be funny at all. I knew l had to cancel my Europe summer trip and go back to South America instead. By 6 AM, I had three flights booked. One to Quito, Ecuador; where I'd see my grandparents and everything that made me. The second one to Bogotá, Colombia; where my friends and my lust for life reside... The last one my way back to LA; where my home, my soulmate and my stability are.
Now, upon coming back. I can say I have a new perspective. Although I proved I DO laugh a whole lot more in Spanish, I stopped reminiscing and living in the past and just rubbed on all the energy and love I received to come back reassured of my personality and simply put focused.
This trip reminded me of how English is so universal and can make people from different corners of the world communicate with each other. I'm so grateful I had the chance to meet some wonderful people from abroad and we spoke nothing but English. I'm thankful for the language. I then understood what my eyes didn't want me to see. I had simply grown too comfortable of my home, my relationship, work, my lack of what I consider quality friends (friends - another concept that differs wherever you go) and resented the best parts of myself for feeling so lonely.
Not anymore :)​​​​​​​
PS: I actually made a short film with some of the topics discussed in this piece. You can check out a preview right here.​​ 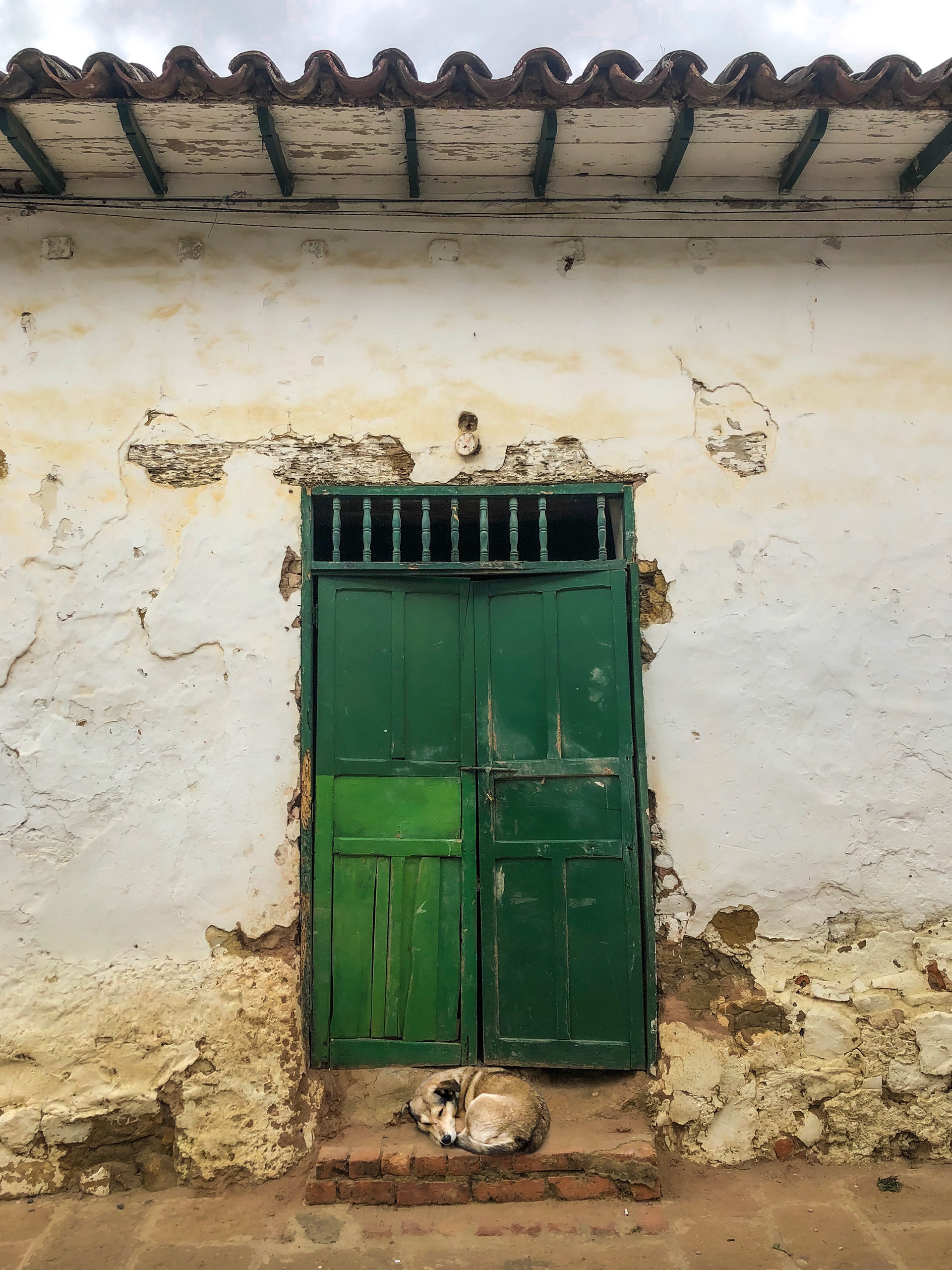 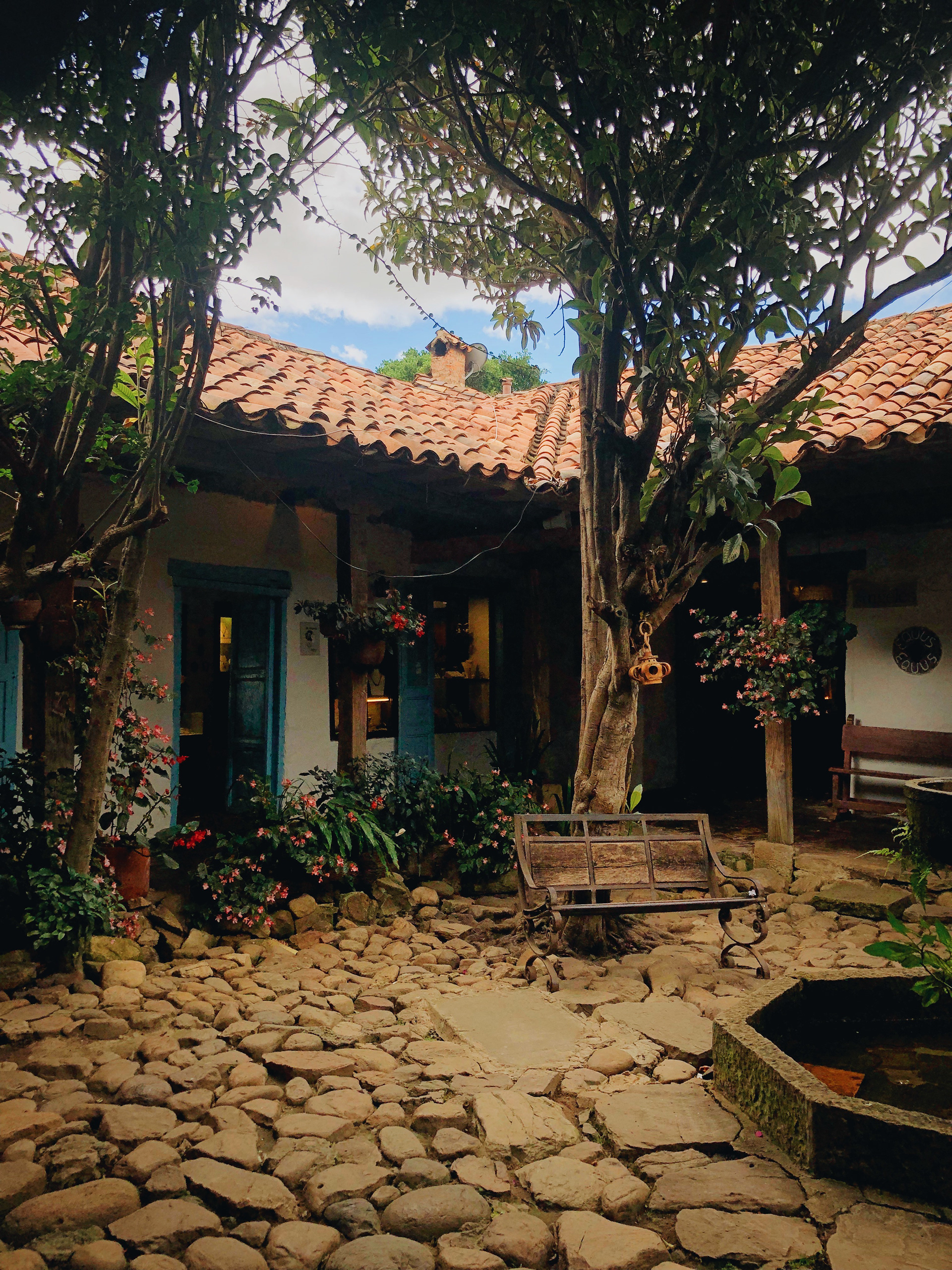 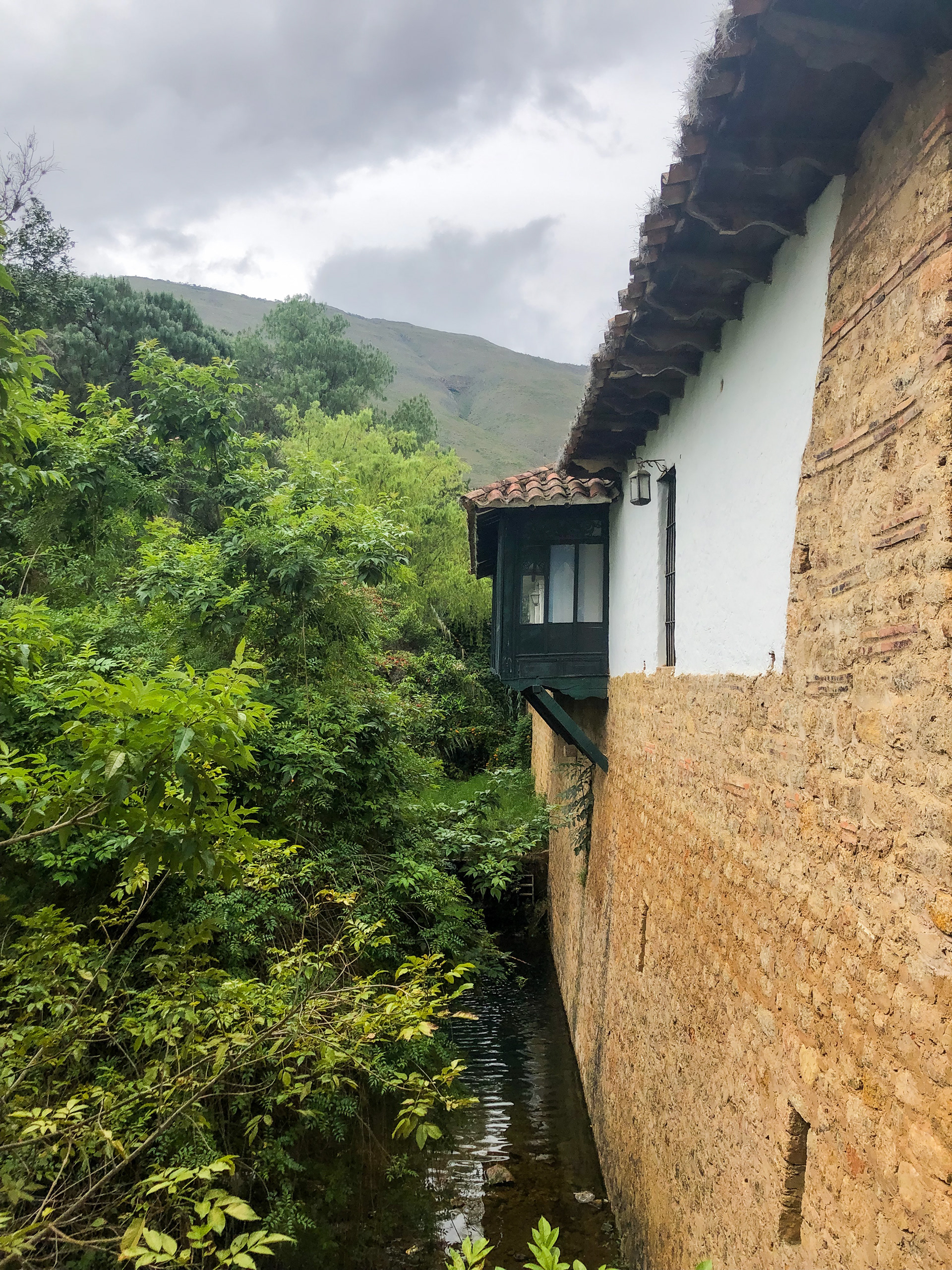 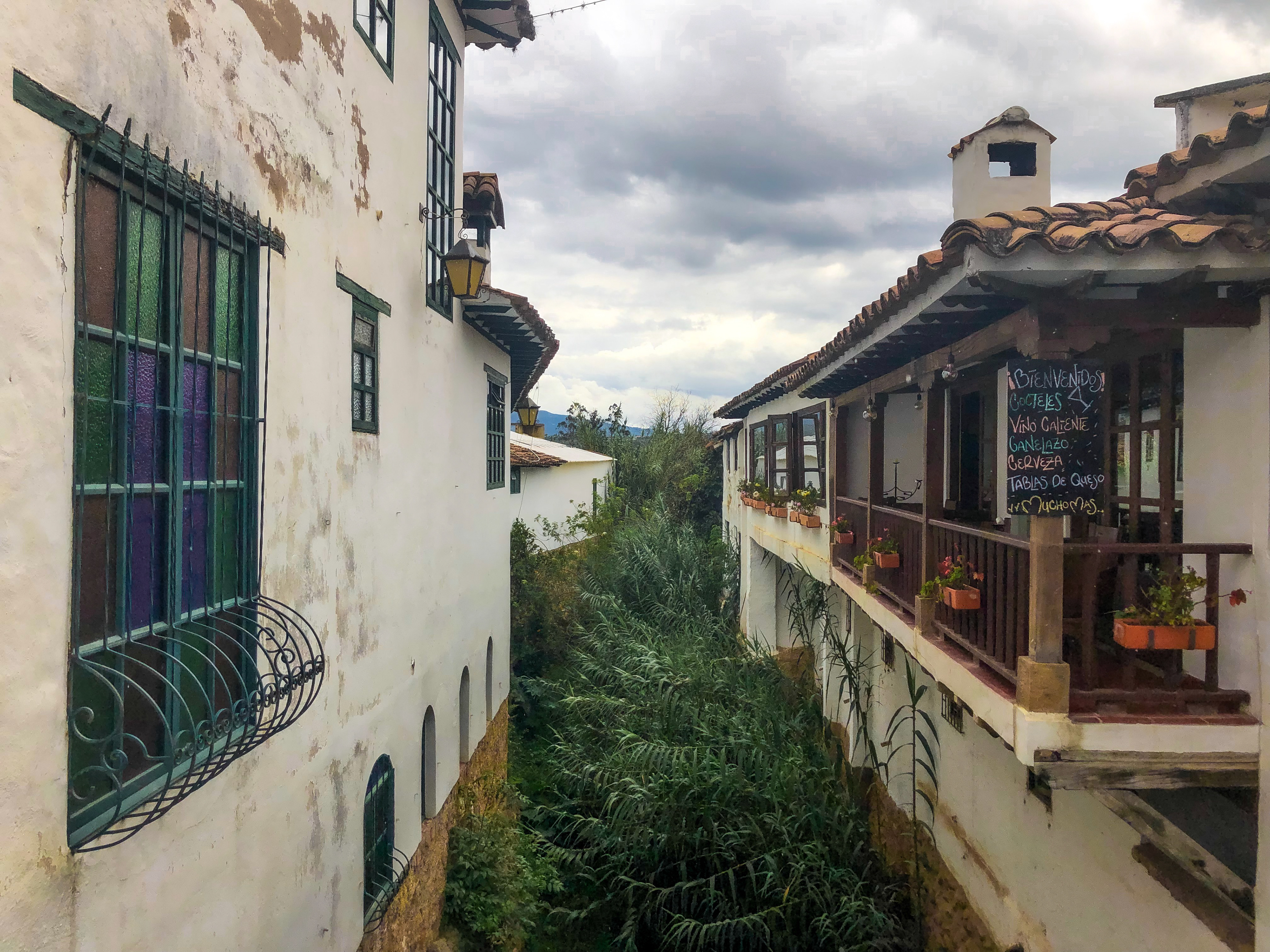 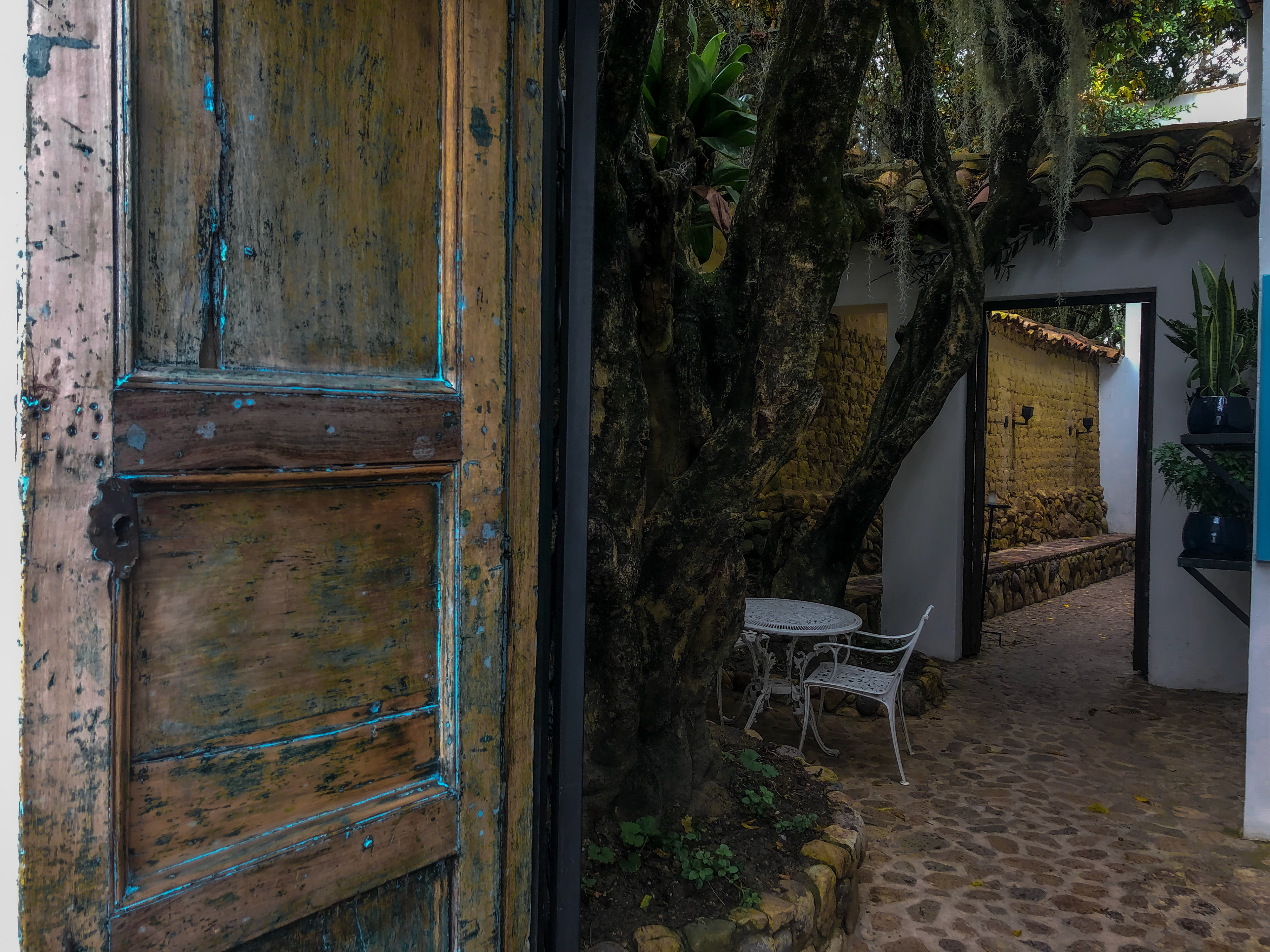 Ráquira - an artisan town in the Boyacá department of Colombia. 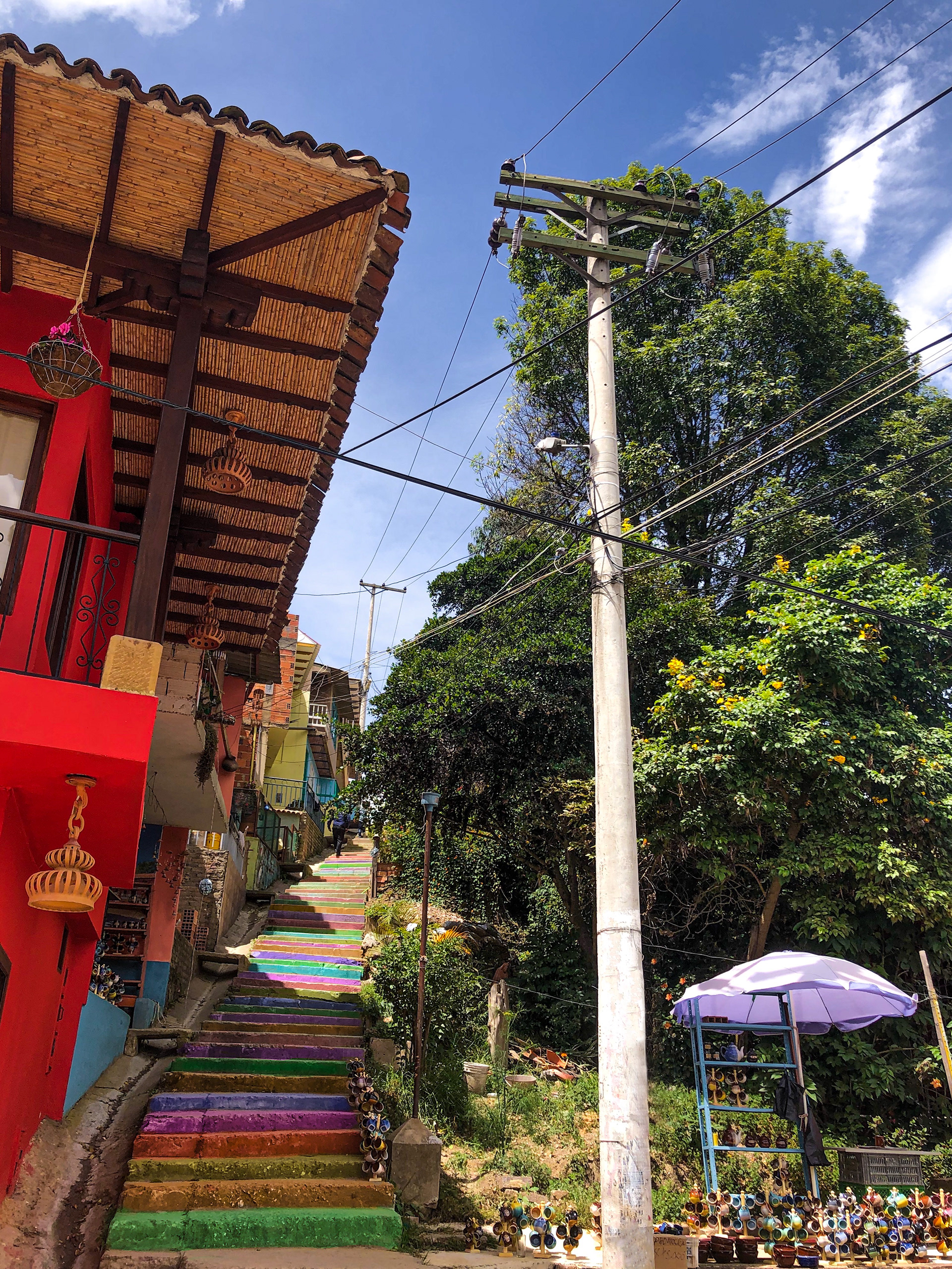 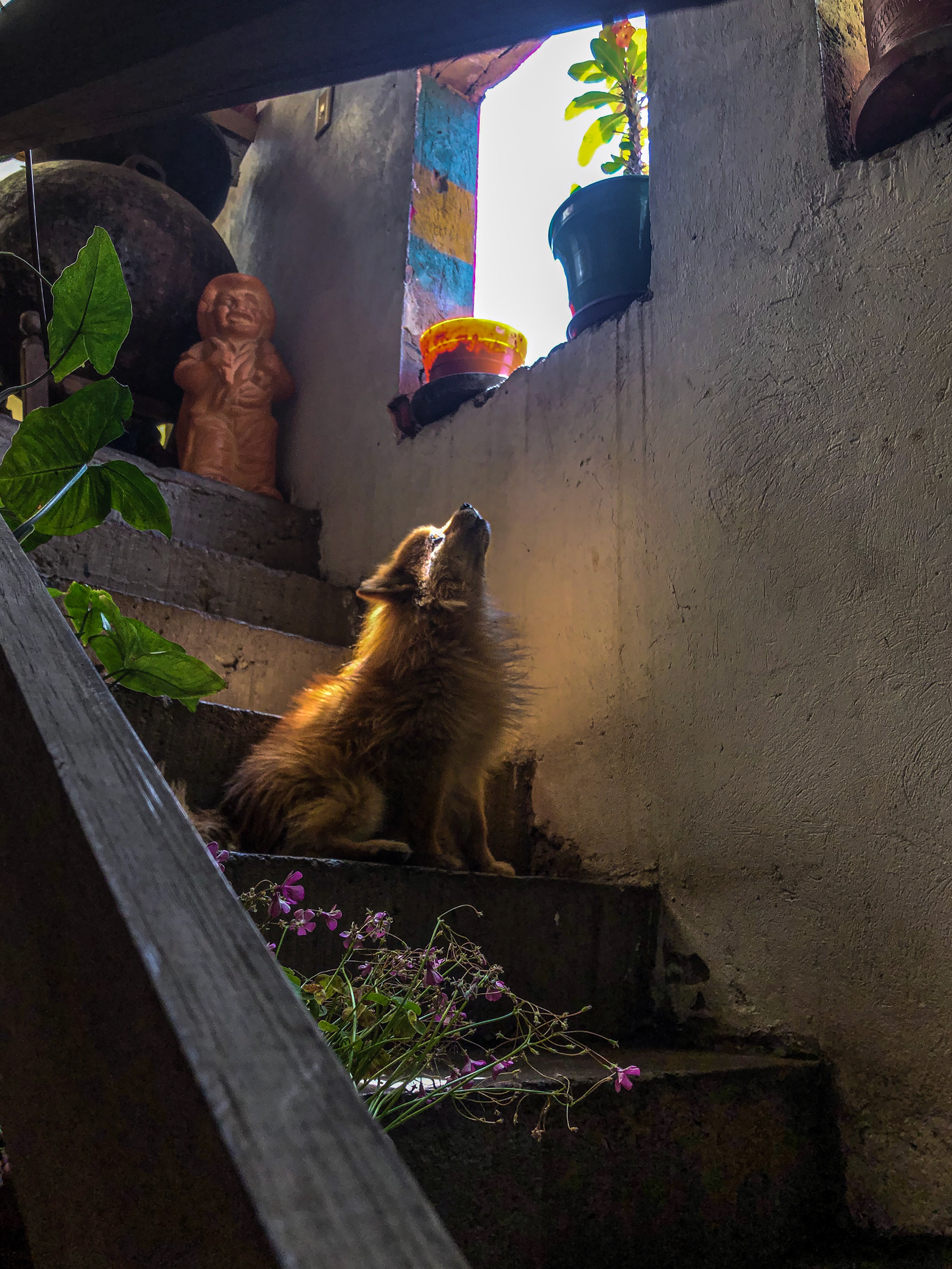 One of the many landscapes in the Colombian highway on route to Bogotá, the closer the city is. The more local farmers and small cottages you'll spot. 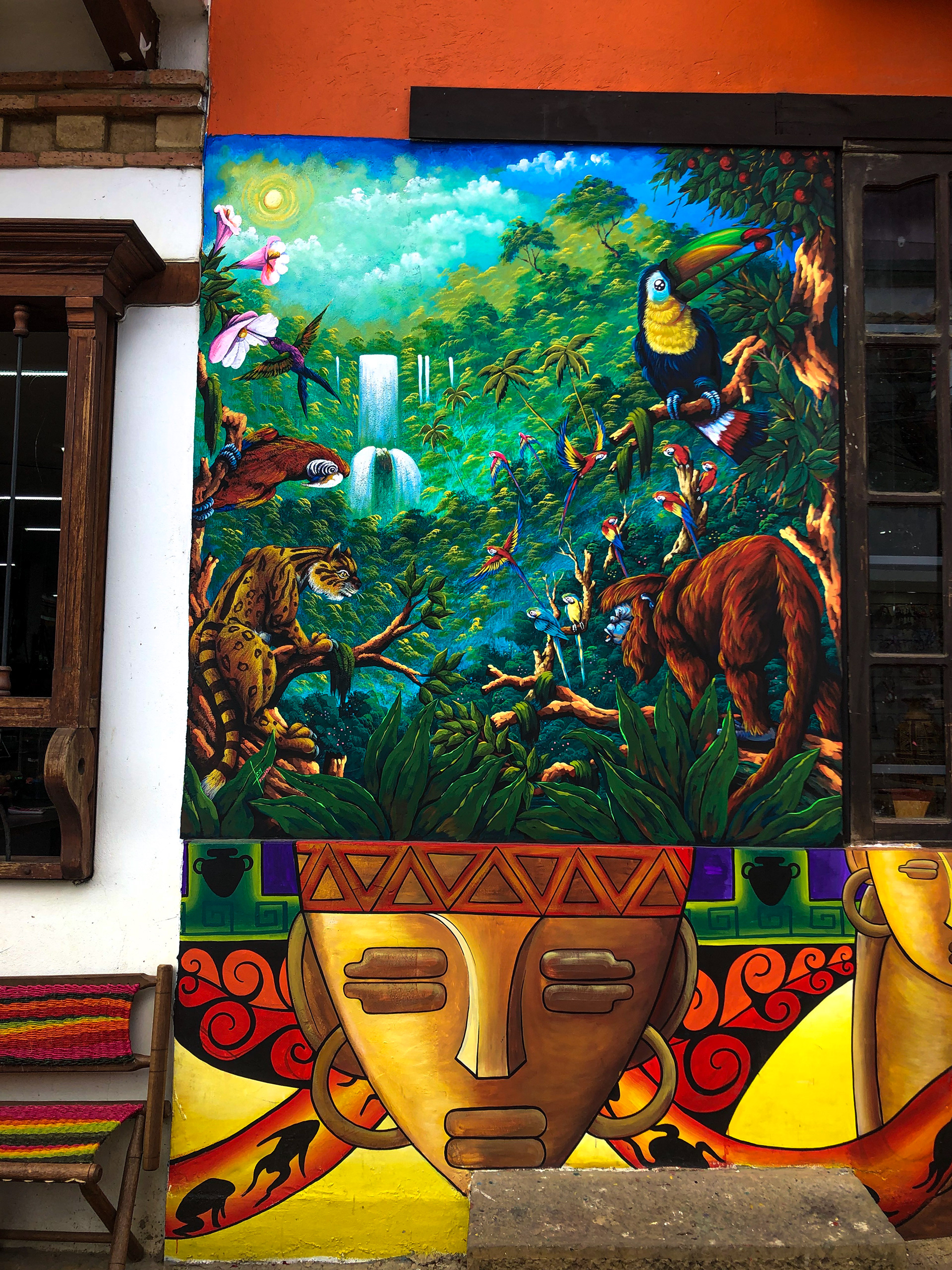 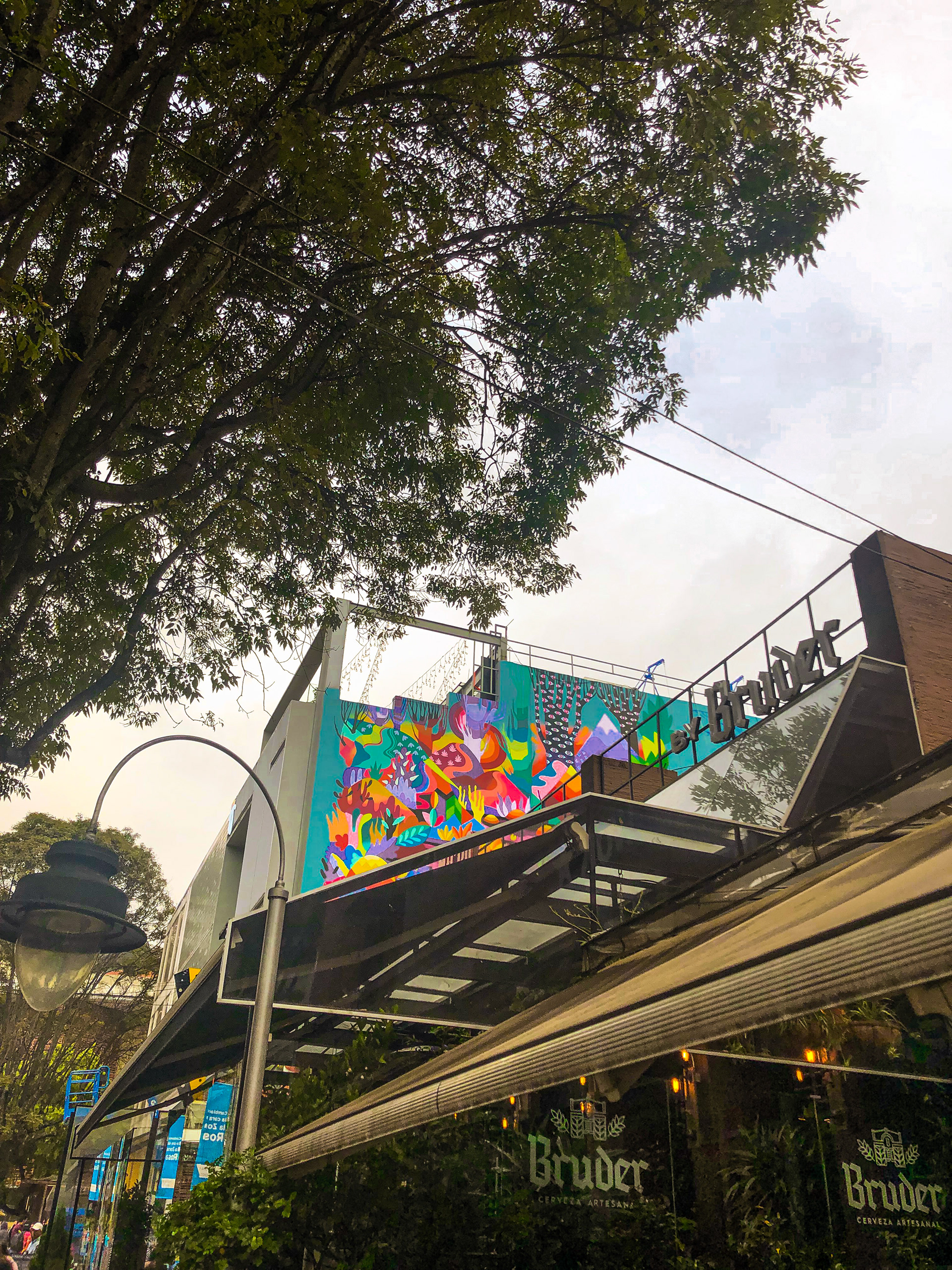 Graffiti in Bogotá. A vivid force in the city's personality.

Mural in Ráquira (L) vs Graffiti in Bogotá (R) 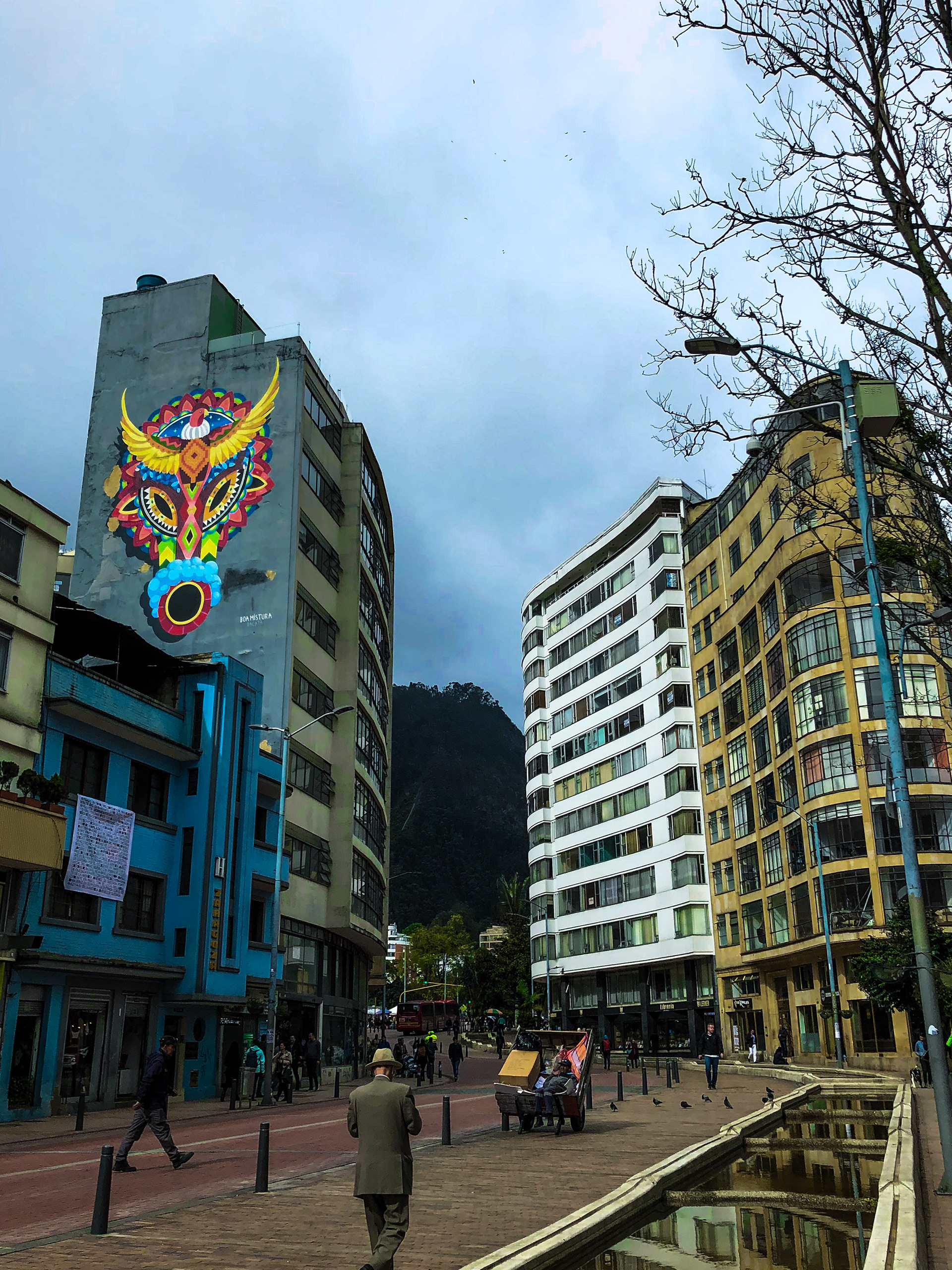 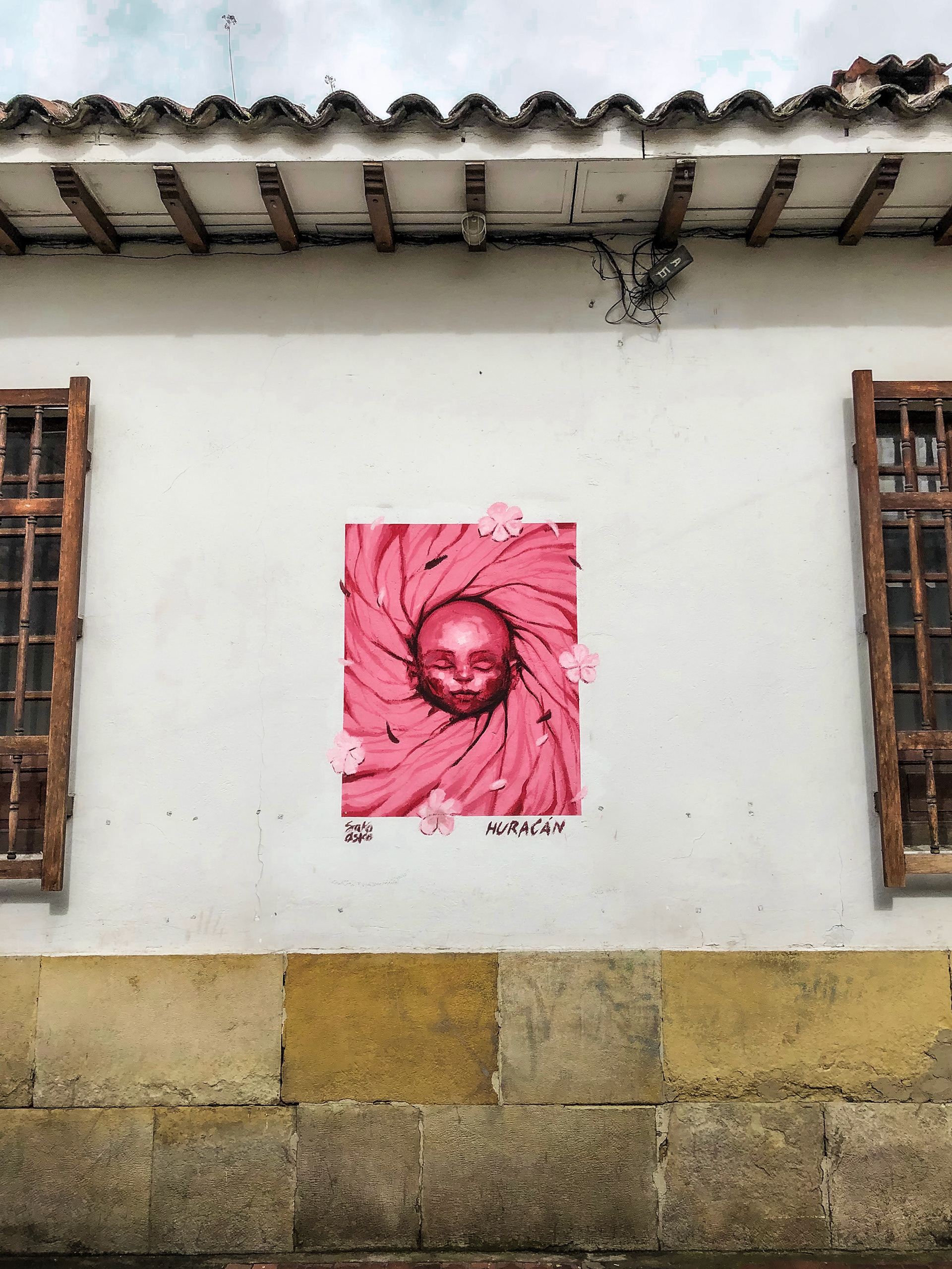 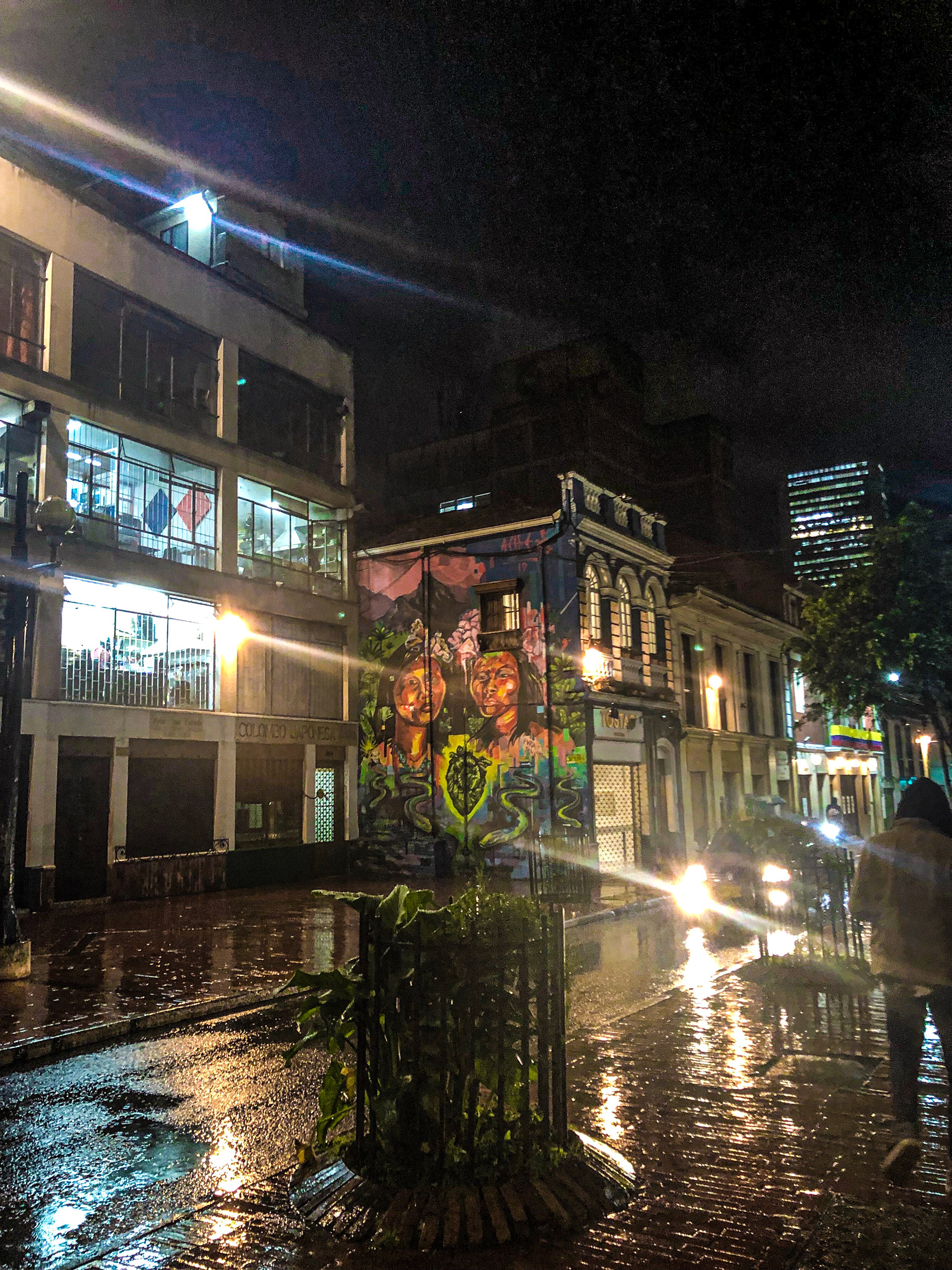 Graffiti in Downtown Bogotá - the city's most vivid aspect. 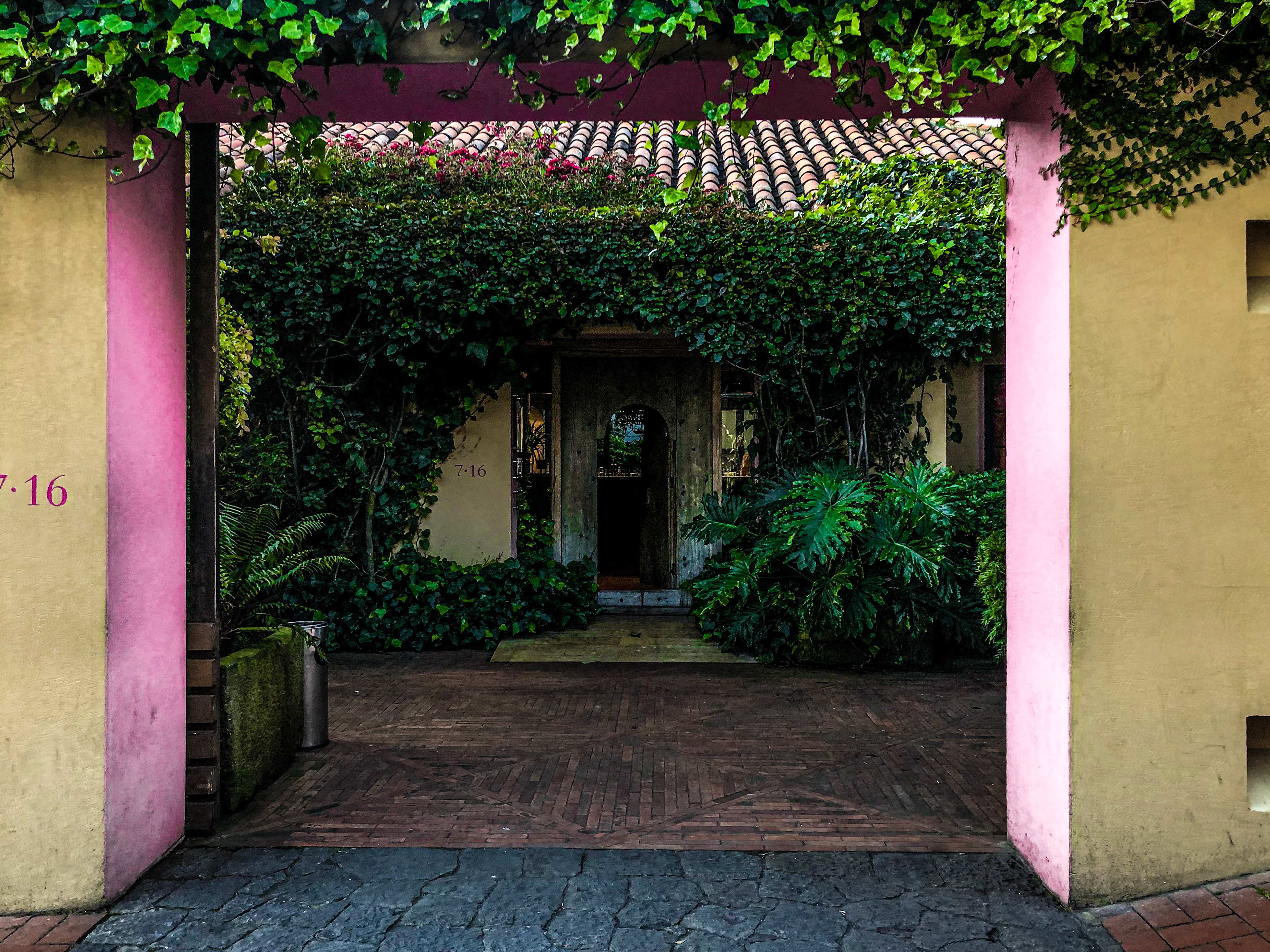 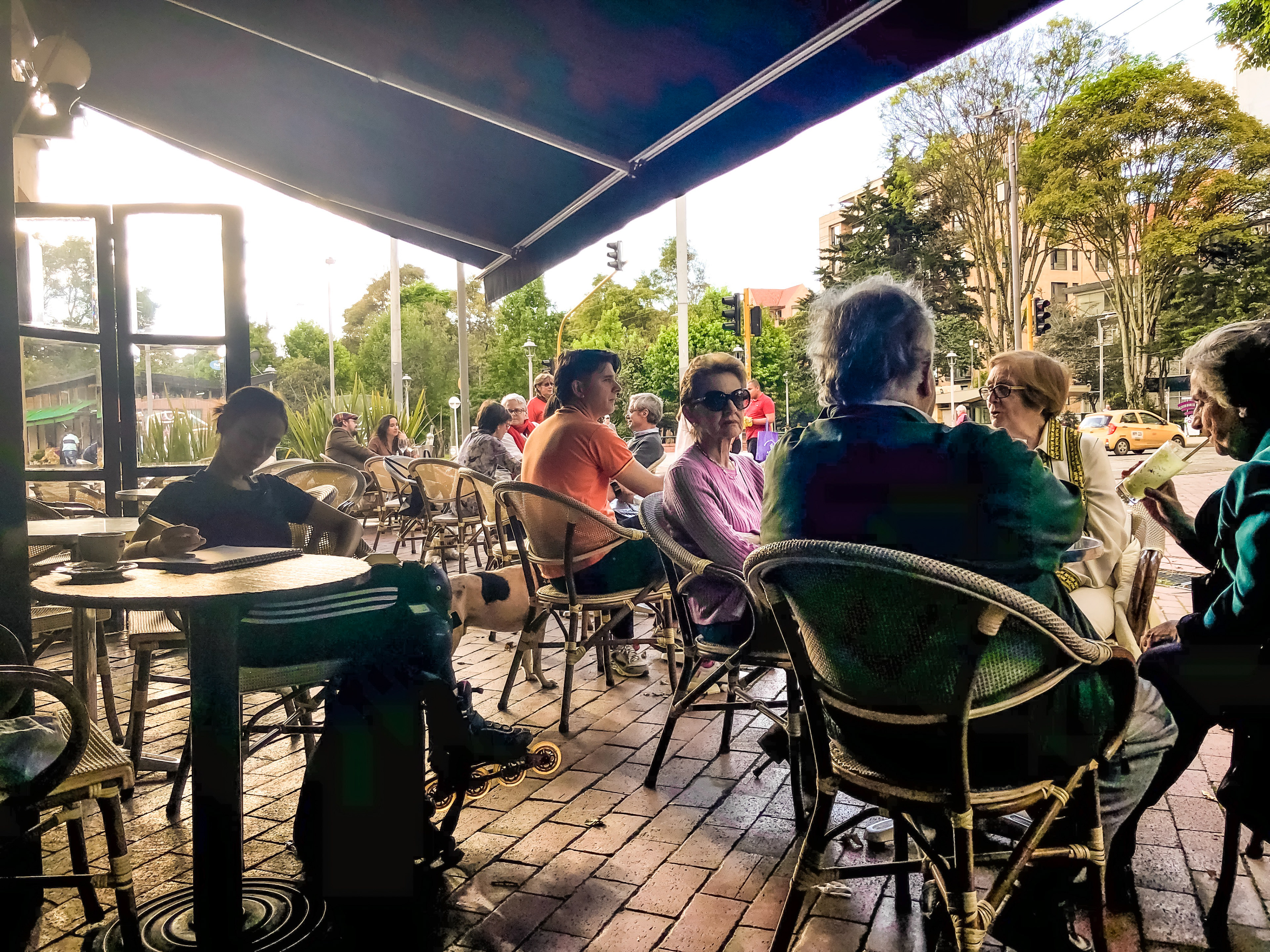 A scream of lust for life among the concrete. 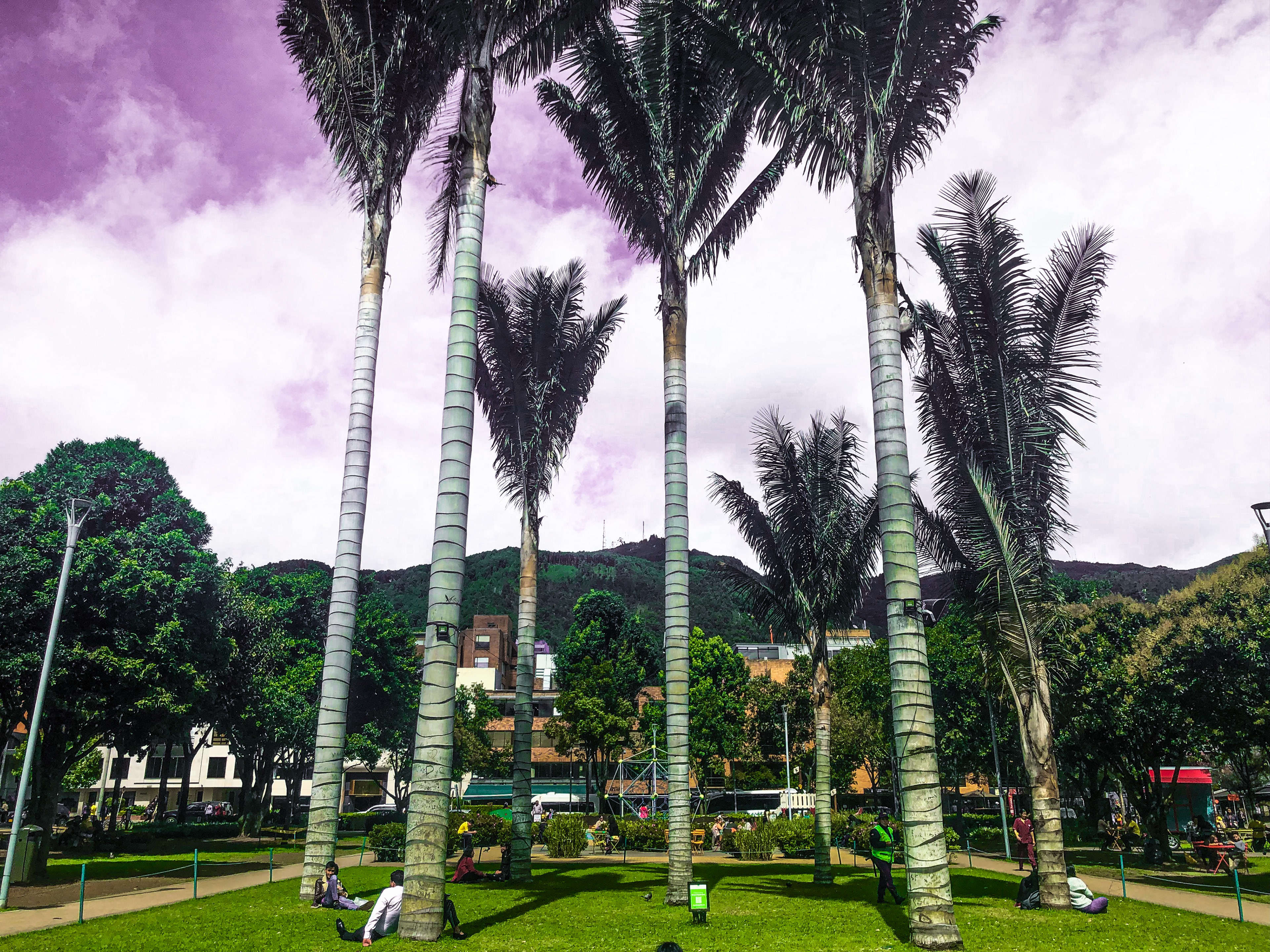 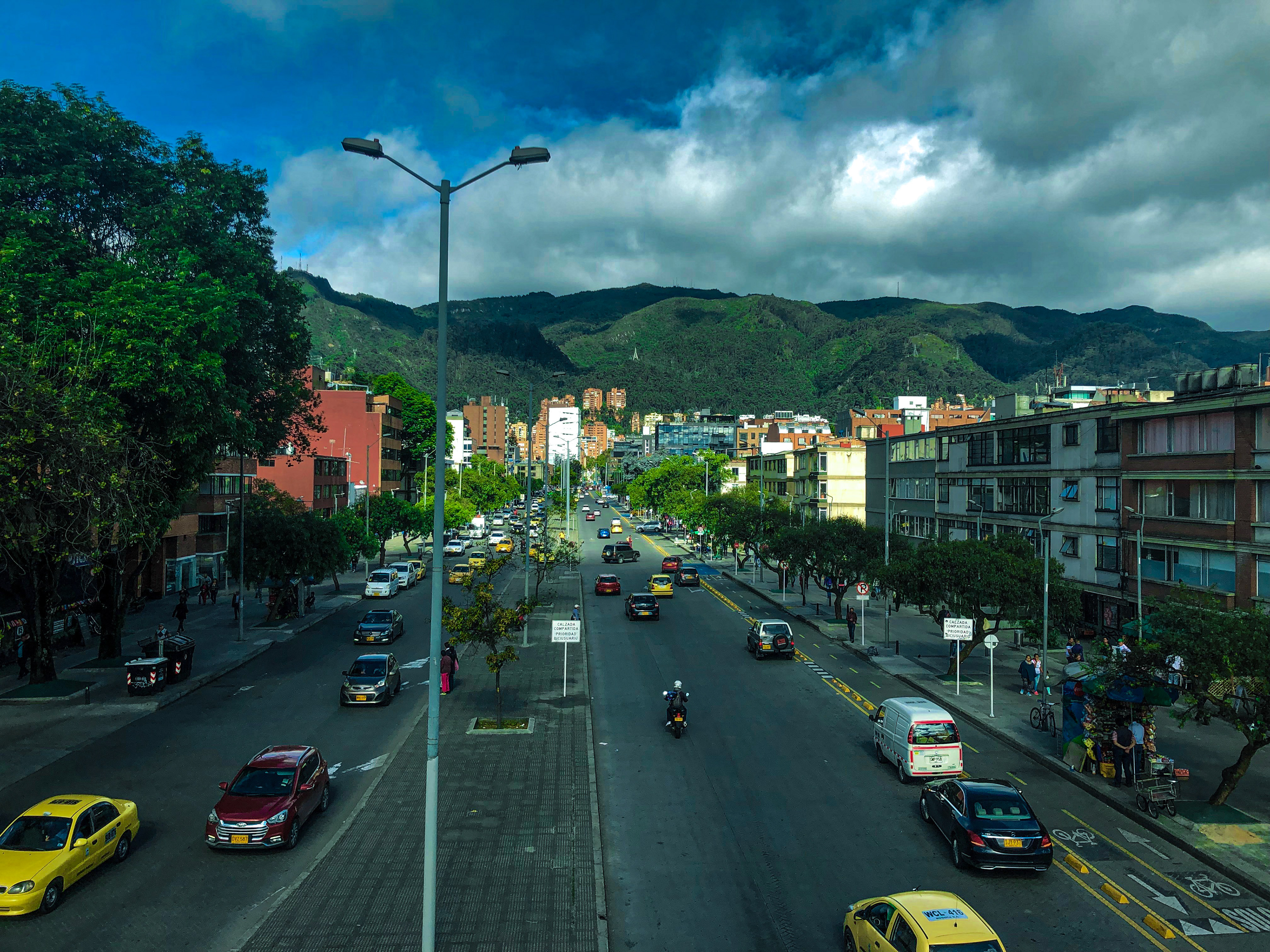 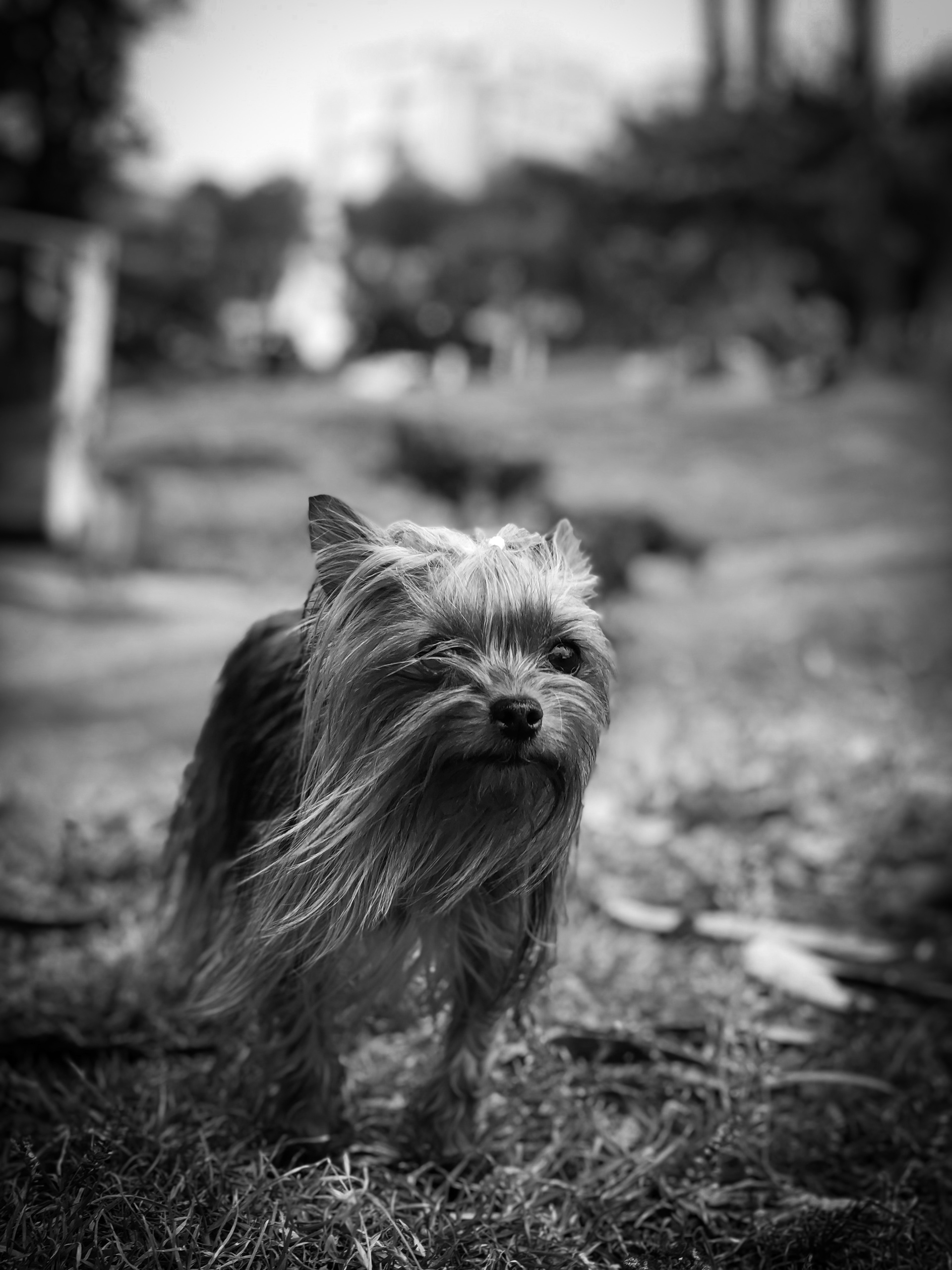 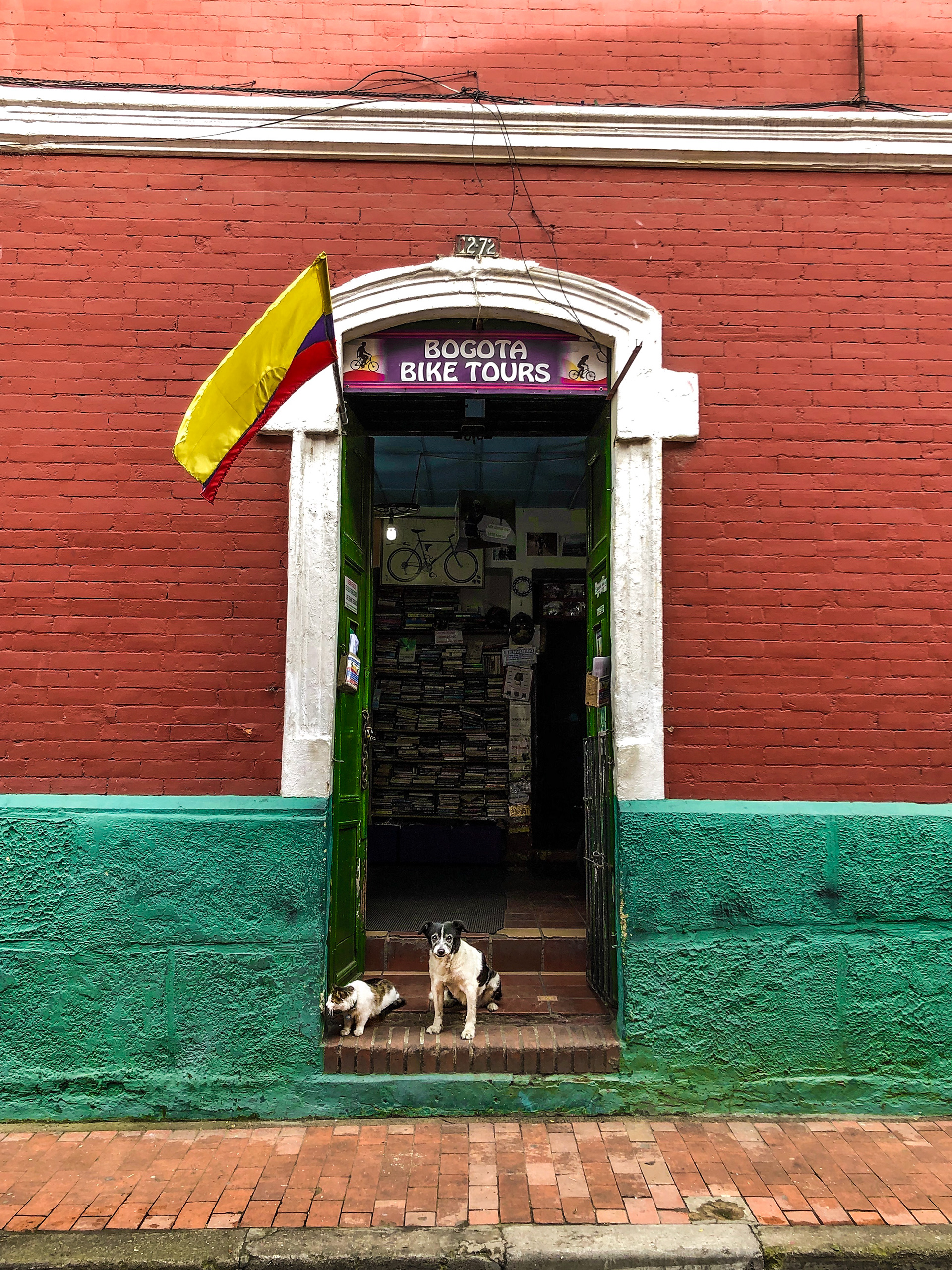 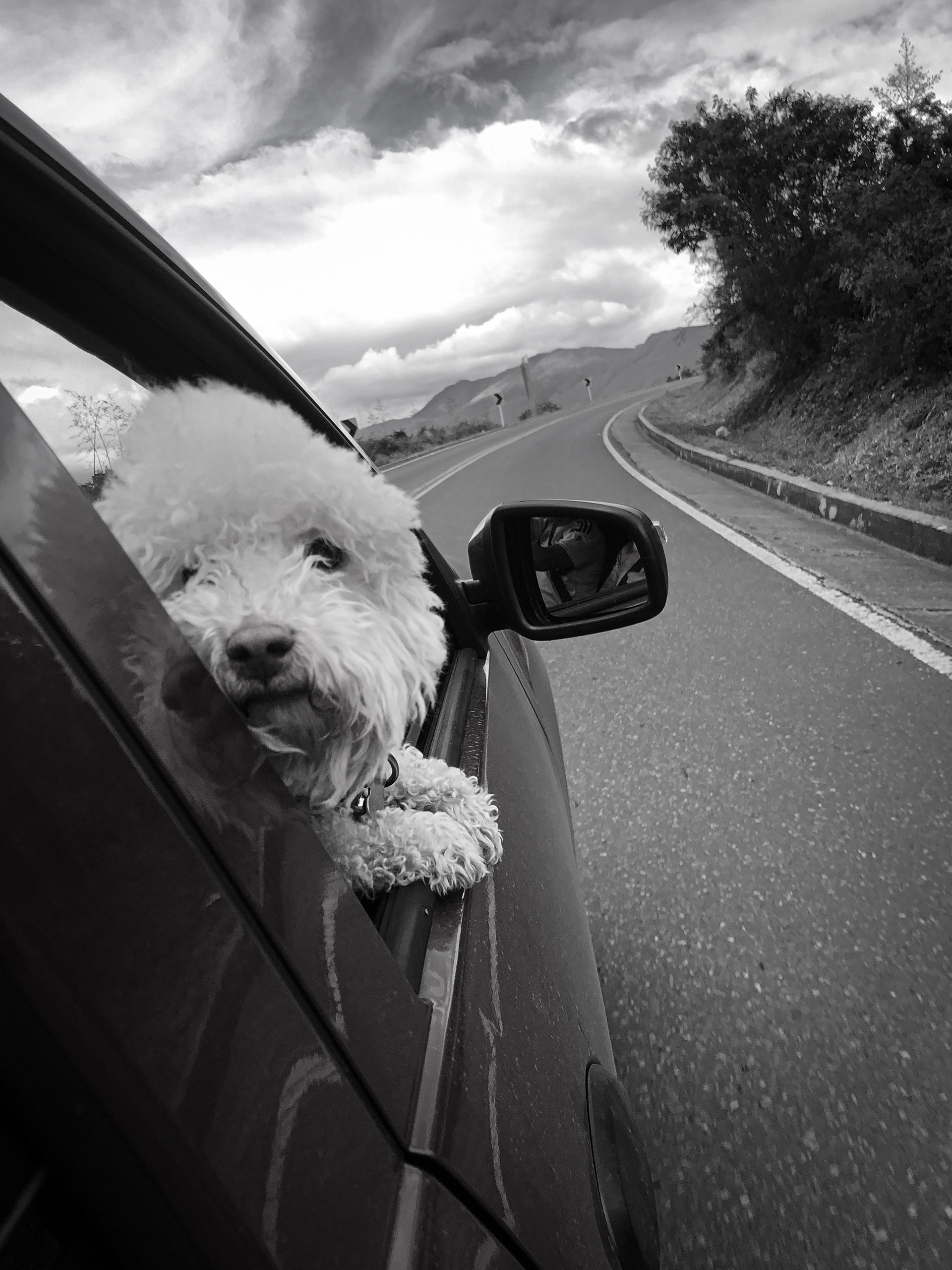 Furry friends of the city 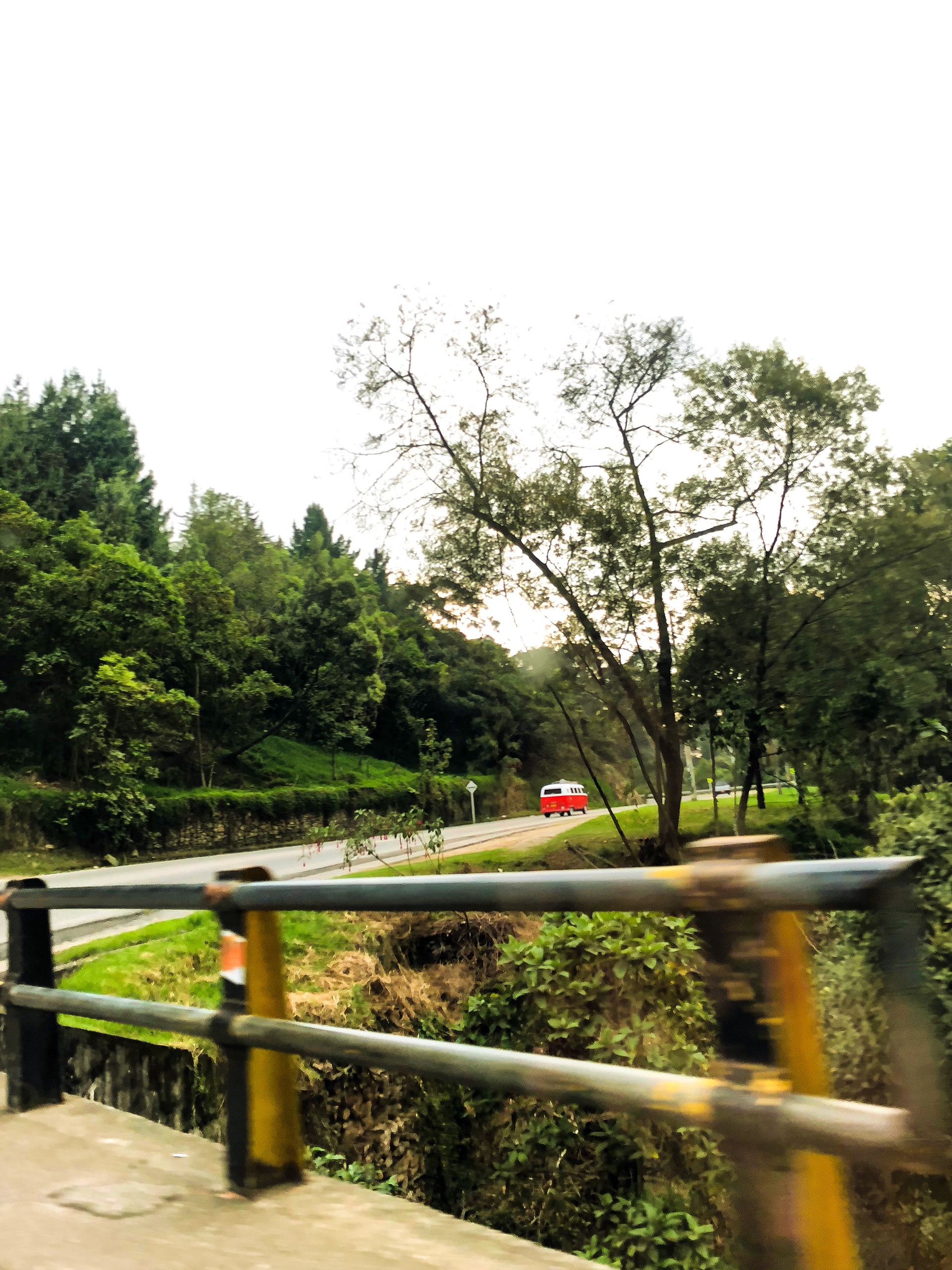 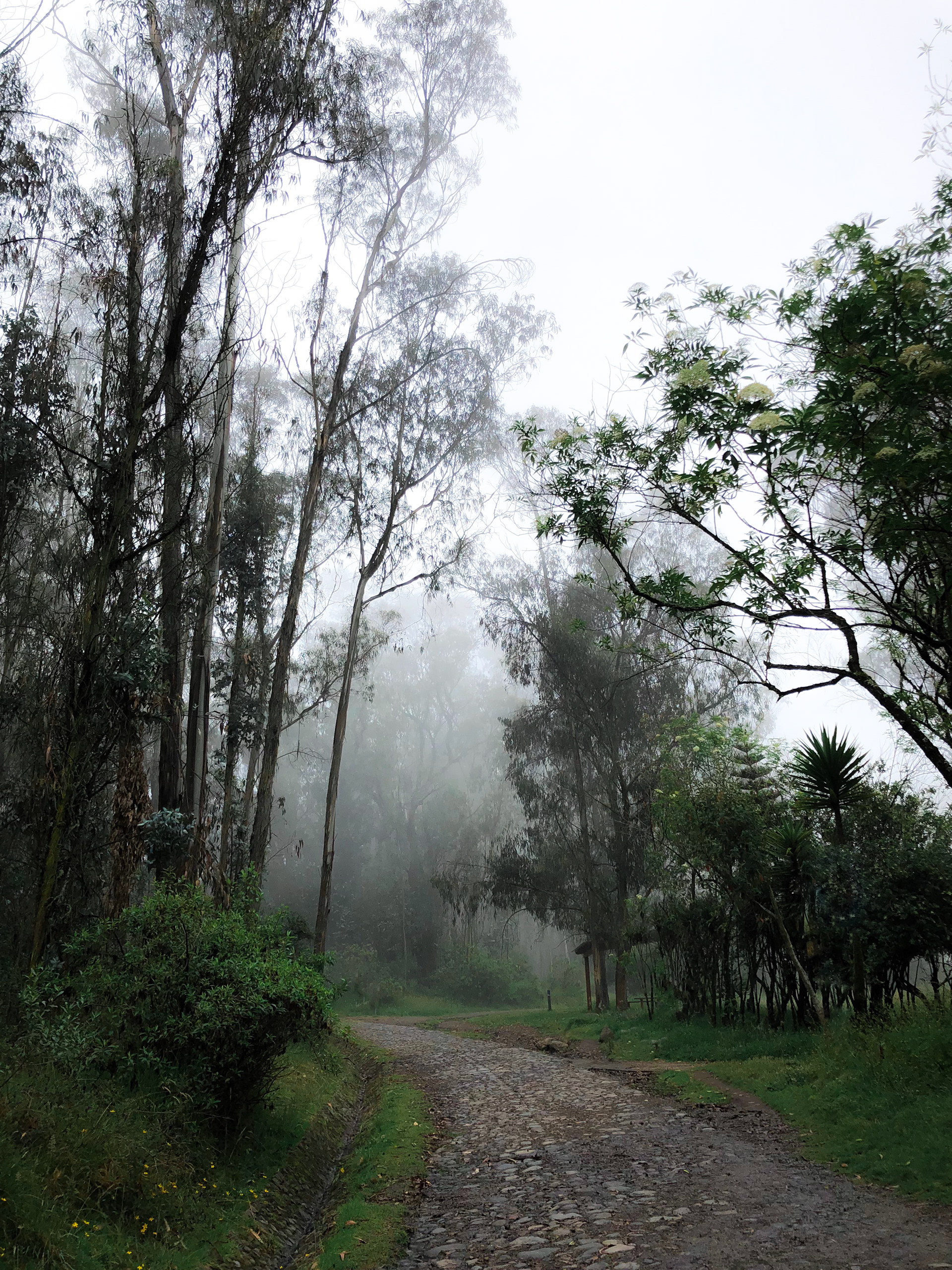